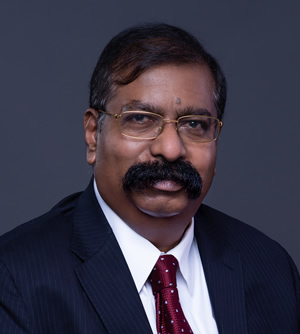 Mr. D.V.G Edwin holds a Graduate and Masters Degree in Engineering from the Madras University in India and he is also a Chartered Engineer. He holds a Post Graduate Diploma in Management from IITM, Holland.

Mr. Edwin joined the Dangote Group in 1992 as a General Manager and was responsible for two textile mills under the control of the Group. He was promoted to Group General Manager in 1994 and Executive Director (Projects) in 1998. He has executed almost all the projects of the Group including the spinning mills and the textile processing factory, the packaging materials plant, the flour mills, the pasta plant, the cement terminals, the cement plants, the noodles plants, etc.

In 2000, he became the Executive Director (Industries and Projects) and he was vested with the responsibility of supervising all the plants in the Group including the sugar refinery, cement terminal, salt plant, flour mills, pasta plant, packaging materials plant and textile mills. In 2002, he was moved to the position of Group Executive Director (Business Development) to handle all the new projects. He was the pioneer Managing Director/CEO of Obajana Cement Plc from 2004 to 2006.

Having joined the Dangote Group when it was in the threshold of entering into manufacturing activities, Mr. Edwin deployed his wealth of experience to the Group in its growth. He was formerly the Group Managing Director / CEO of Dangote Cement Plc, before his current position.